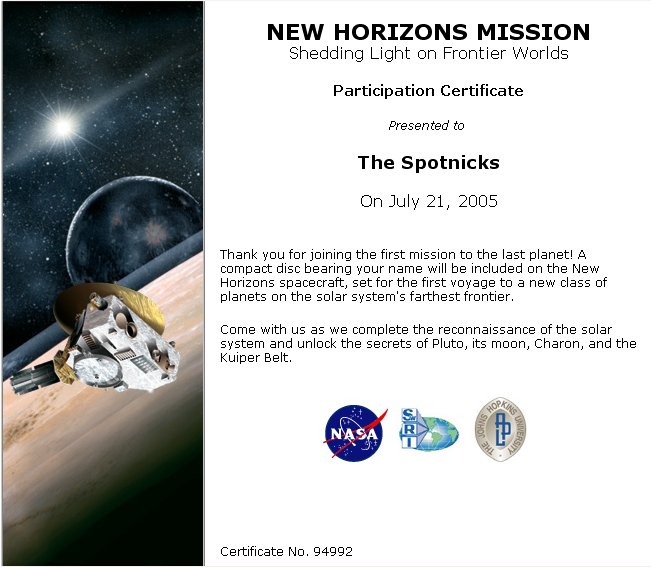 On January 19, 2006, the New Horizons spacecraft launched from Cape Canaveral heading for Pluto. On board is a CD with The Spotnicks name engraved on it (see certificate).

On January 1, 2019, after thirteen years of space travel, the New Horizons probe has reached the mysterious Ultima Thule.
At this time, Ultima Thule was at a distance of almost 6.5 billion km from the Sun, making this the most distant planetary flyby that has yet been attempted.
Ultima Thule is the most distant celestial body that humans have been able to study up close.

And still on board on this ”trip” is a CD with The Spotnicks name engraved on it.