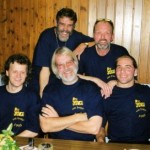 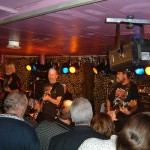 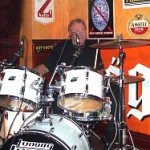 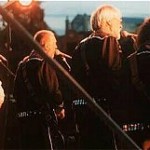 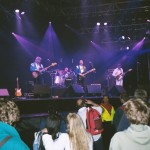 The Spotnicks har namngivit en spårvagn i Göteborg A tram in Gothenburg is named by The Spotnicks The Culture Prize, funded by Gothenburg Tramway’s, is awarded The Spotnicks! This year’s award goes to Gothenburg band The Spotnicks, thus becoming the first musical group to be awarded the culture prize. ”A more productive Gothenburg based band – with almost 50 released albums – is hard to find and such a cultural act is obviously noted” it END_OF_DOCUMENT_TOKEN_TO_BE_REPLACED 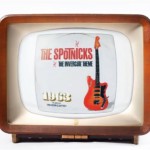 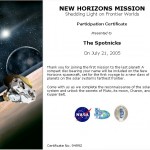 On January 19, 2006, the New Horizons spacecraft launched from Cape Canaveral heading for Pluto. On board is a CD with The Spotnicks name engraved on it (see certificate). On July 14, 2015, the spacecraft passed close to Pluto! On January 1, 2019, after thirteen years of space travel, the New Horizons probe has reached the mysterious Ultima Thule. At this time, Ultima Thule was at a distance of almost 6.5 billion km from the END_OF_DOCUMENT_TOKEN_TO_BE_REPLACED 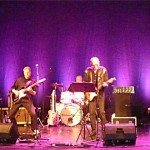 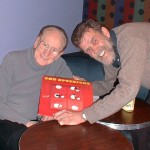 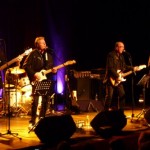 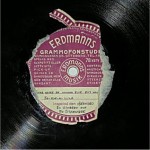 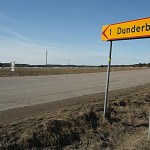